Free-to-play Xbox Games Are Available Without a Subscription.

Recently, there was a big deal for all the gamers playing on Xbox. The majority of the most famous and popular shareware games became accessible for all Xbox users now. After an unsuccessful attempt of increasing Xbox Live Gold Membership pricing, which embarrassed the whole Xbox community, Microsoft decided to please all the angered customers by making mostly all the features of this subscription free. It turned out to be a profitable act for both Microsoft and Xbox users.

The outrage now is replaced by the increasing popularity of numerous royal battles, MMORPGs, shooters, and so forth. Such top titles as ROBLOX, Apex Legends, Brawlhalla, WOT, and more than 50 other games have received a lot of new audiences due to free access for Xbox players. Thus, the popularity of the console has grown as well. In this way, Xbox got rid of one of its weak points as other huge console brands didn’t have any subscription requirements for free-to-play games for a long time. So, now an Xbox console is a profitable variant with an affordable price and access to a big number of great shareware games.

Asking a question “What will be with Live Gold Membership in the future” the answer is not clear. It’s still available on the market, but indeed it is almost useless. The list of its beneficial features is now available for free. For example, everyone can use the Looking For Group function or party chat. Other advantages as monthly free games and discounts for the Microsoft Store are not as good as ones provided by other Xbox subscriptions.

It is still needed for an Xbox 360, but such a console is undeniably outdated. Microsoft itself calls customers to change Live Gold Membership to another one with a larger range of provided opportunities.

You can buy unique games Xbox one & Xbox Series X/S are not part of the Xbox Gold subscription quickly and safely with digital shop Wyrel.com

To leave a comment, you must register on the site. 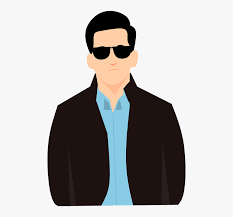 New World of Warcraft: The Burning Crusade Classic Will Release This June
The latest news for all the fans of the famous Warcraft franchise. Blizzard Entertainment...
16 hours ago
Read