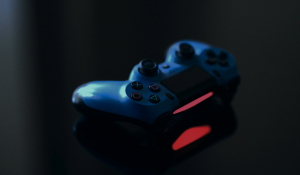 Rising Storm Game of the Year Edition is the next game in the award-winning Red Orchestra franchise. You know the great gameplay, innovative features and realistic audio and graphics of RO2 - Rising Storm will take this to the Pacific Theater, adding even more features, new levels, new weapons and new factions. The game will allow the player to fight across iconic locations from the famous island-hopping campaigns in the Pacific from 1942 to 1945, as the US Army and Marine Corps fight it out with the Imperial Japanese army and Special Naval Landing Forces.

Red Orchestra 2: Heroes of Stalingrad, the leading tactical multiplayer WWII shooter on the PC, will take the award winning Red Orchestra franchise into the next generation of gaming. Cutting edge graphics and audio built using the Unreal Engine 3, inventive features and streamlined realism will deliver an unrivalled tactical shooter experience.

Your goods will be available for download at the end of the purchase. Stay on the "Orders" page, the icon for downloading your product will become available in 3-5 minutes.

If the icon for downloading your product did not appear within 3-5 minutes, please do not worry, just contact the seller, or write our online support in the online chat.

The minimum order amount exceeds the merchant's available balance. Please contact him later or place an order to a different merchant.